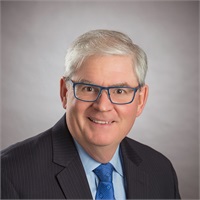 Scott Downs, CLU®, ChFC®, CASL®, is the President of High Point Capital Group. Scott has served clients in the financial services industry for more than three decades, having previously worked for Mass Mutual and MetLife.

Determined to help his clients make the best possible financial decisions, Scott is committed to remaining at the helm of his industry. In addition to his professional designations, Scott also holds Series 24, 7, 6, 63, 66, and Life & Health securities licenses. As important as it is to be well educated for his clients, Scott believes his greatest professional accomplishment is being surrounded by people whose lives he and his firm have impacted. Loyal, kind, and consistent, Scott continues to live by a lesson he learned from mom early in life that “actions speak louder than words.”

Outside of the office, Scott is a passionate forester, conservationist, gardener, and canner. On the weekends, Scott enjoys spending time with his wife, tending to their farm in southwest Wisconsin. Not surprisingly, if it weren’t for his career in the financial services industry, Scott would have pursued a career in farming.